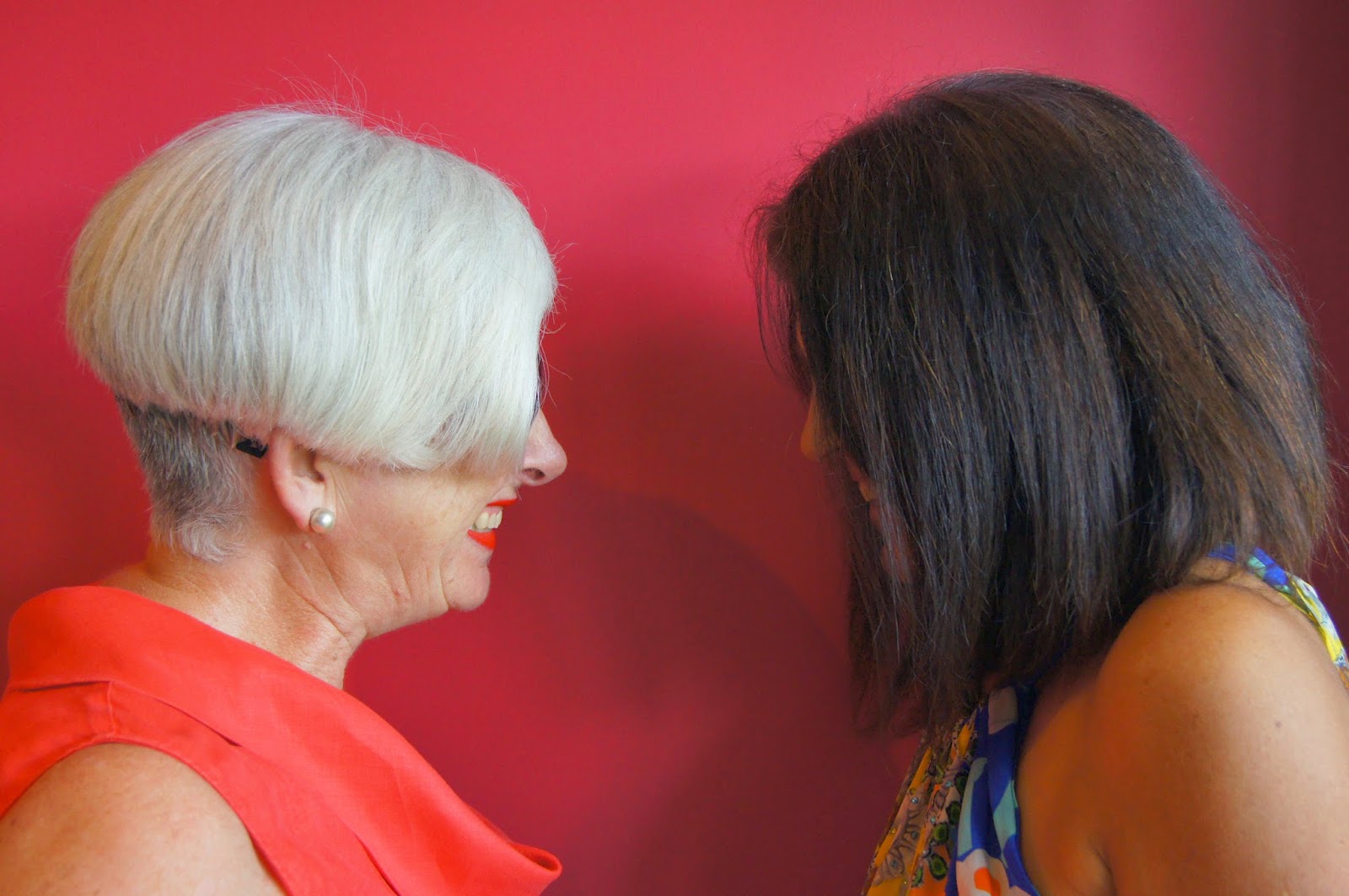 
Naz wonders if and how she should take the plunge. Fiz has and has no regrets... 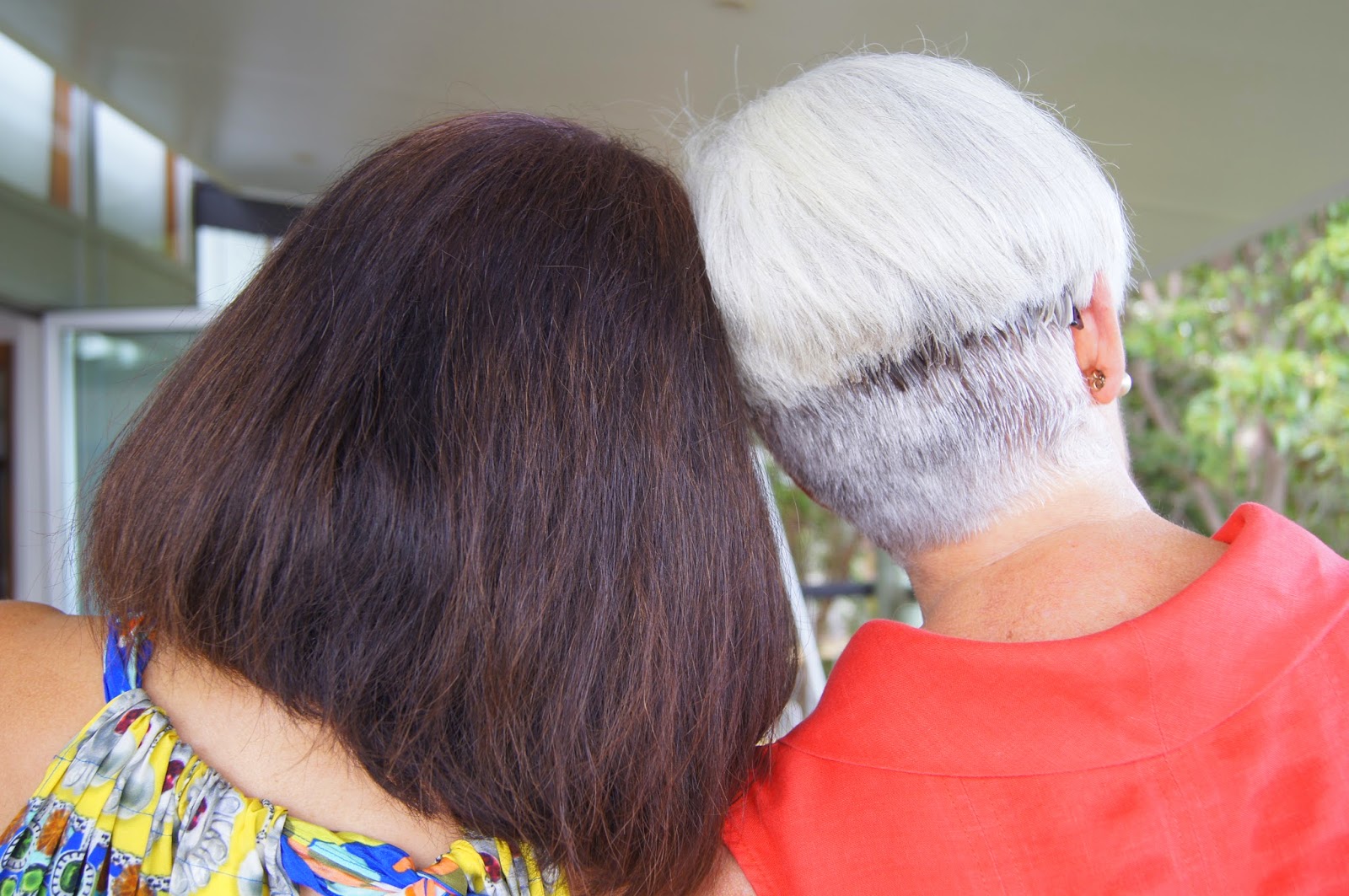 Foils were big 10 years agon and i felt that my auburn highlights and clever styling helped to camouflage that white line that regularly emerged along the roots of my dark-brown hair. Having a good haircut has always been important to me—a necessity even in the austerity years. My hairdresser was 'the' hairdresser in town, and so I would emerge from her salon every four weeks confident that I had the latest look.

Of course, I worried about the white line becoming less easy to hide, and spending two or more hours at the hairdressers wasn’t always convenient—and though I sometimes liked the respite it offered, other times it was plain annoying.  And it wasn’t cheap either! Not doing it, however, seemed a step way too far, a step that shouted I’m old.  I still had zing and plans and hopes. At 54 I definitely did not want to be classified as old.
But I did take the plunge, and this is why.

I was attending a business meeting and in walked the key participant, and—her hair looked the same as mine. She also was about 10 years older, dressed in the typical garb of a successful women executive.  It was an important meeting, but I was busy processing how I felt about her hair. Yes, it was stylishly cut, like mine. Yes, her foils shone, like mine. I liked my hair cut and colour but— somehow instead of enhancing her looks she looked ever so faintly ridiculous. Not stylish and confident, but rather ordinary and possibly a pushover in negotiations.  And I thought, it is because of her hair.

I imagined her with the same stylish cut but in white or grey and perhaps a statement piece of jewellery.  I decided she would definitely be more impressive. I also decided that I didn’t want to make the same mistake (well, mistake in my eyes).
Then I saw my role model. She was a jeweller. And she was my age.  Her white hair was cropped short; she was wearing something a bit arty; and she oozed style. I was inspired.
I had always liked my dark brown hair, often dying it nearly black for heightened effect. I realised that I needed definite colour. I didn’t suit the gorgeous golden colour of my sisters which allows them to postpone being grey indefinitely. The auburn highlights were less flattering than all blackish-brown. They were a compromise. It was either black or white.

Going white would be huge but as I was soon to be tripping around overseas for a few months, white seemed the most practical. I would no longer have to worry about what those dyes were doing to me and yes, I liked the point of difference. I was off on an adventure, travelling by myself for the first time in my life. I would trial white hair as part of the adventure. I would be bold.

And how did it go?
Well my older sister of the golden tresses was agape (and possibly aghast) when I met her In Heidelberg, Germany with my short white hair. I must admit that sometimes I would be shocked too when I caught my reflection, but oh the freedom! I felt liberated and as the purity of my white hair has increased, I regard it as one of my best features. The cut is crucial and I was fortunate to find David Murray davidmurrysalon.com.au whose creativity and skill meant that the compliments flowed. It was a bit of a crisis when I moved from Brisbane to the Sunshine Coast but I am now happy with my asymmetrical hair cut courtesy of Des at Montraux Hair studio, Mooloolaba.

How did I do it?
I have very thick hair that grows very fast. As I said I religiously have my hair cut every four weeks. My hairdresser and I hatched a plan: she would give me a longer style; I would not have colour the next time I came (in four week); I would then not come for at least five weeks, and then she would  give me a very short cut all over, removing all my dyed black hair. It was extremely short but in a few weeks, the severity receded.
When I left the hairdressing salon white-haired, I immediately went to the Christian Dior makeup counter at Myer and had my makeup done— and also spent a small fortune on their product.

I love my white hair, not only for the ease and cost saving, but because it looks the best colour on me! It’s bold. 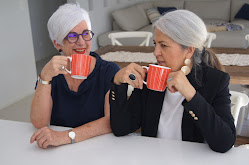 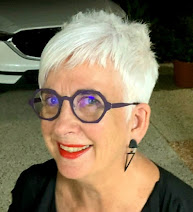 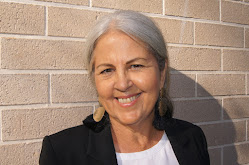